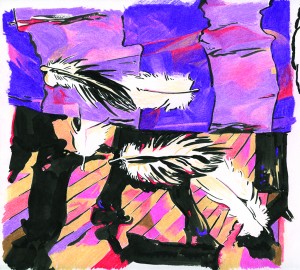 GHOST TANGO is a riveting new chamber opera that tells the poignant story of a Canadian woman trapped in Argentina’s Dirty War. Twenty years after being abused in an Argentinian prison cell, the woman thinks she recognizes her tormentor on a cruise ship. When the ship runs aground, he is seriously injured, and the woman is faced with a terrible moral dilemma. Should she forgive her torturer and allow him to continue his life or, due to unexpected circumstances, should she put an end to his life. Featuring a dynamic score by Tim Brady and libretto by Douglas Burnet Smith, with musicians Tim Brady (guitar), Janice Jackson (soprano), and RL Thompson (baritone).

GHOST TANGO is a Bradyworks production, in co-production with Vocalypse Productions.