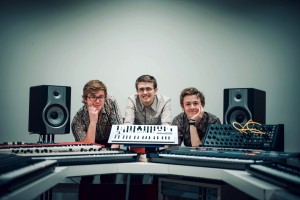 In the not too distant year of 2017, James Reesor, winner of the 2016 Numus Emerging Curator Contest, and the Seagram Synth Ensemble will take you on an Electro-Acoustic exodus. They synthesize vibrations that will take you surfing through the farthest reaches of space and time. Join us for an evening of good music and better beer. This concert will feature the electronic sounds of the Seagram Synth Ensemble, as well as original works by James Reesor and James Dowbiggin.