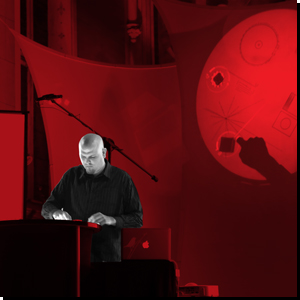 Sounds from Space will remix the contents of the Voyager golden records, layering and manipulating fragments of the recordings using a new electronic instrument known as the “reactable,” a digital sampler with a tangible user interface on an illuminated tabletop. An accompanying video, made especially for the Sounds from Space project, will apply a similar cut-and-mix sensibility to the 116 images contained within the golden records’ grooves.